What are the economics of digital x-ray vs film?

Investing in a digital x-ray machine can be cheaper than film over the long term. The reason why going digital works out more economical in the long run has to do with how much money you will save on film and developing costs.

Digital x-rays use computer storage media, which can be reused without any loss of quality. Whereas film needs to be developed every time an image is taken. Although there have been advances in processing speeds over recent years, this has not reduced development costs.

When looking at going digital there's a common misconception that there's going to be a great cost to make the initial purchase. However, nowadays it's almost the same price to purchase a digital x-ray system if you finance it over a 72 month period aso what you would spend on a monthly basis for film and chemicals!

Since most people are not using film or chemicals anymore, it's becoming more expensive as low demand impacts supply. If you are still using them, you will have noticed that the cost of film and chemicals, as well as the cost of maintaining your film processor, keep going up. This is because there are not as many people using film-based x-ray systems.

Depending on the volume of x-rays you're doing, the cost of film alone could be $200-300 a month. For medical practitioners still using film, we've found their average costs for film, chemicals, processing and maintenance could be several hundred dollars a month or more depending on volume.

With a digital x-ray system, you have a one time purchase which can be financed over a 72 month period. We even have specials right now where for $285 a month, you can get a DR panel which will retrofit your existing film-based x-ray system. After that 72 month term, you have no cost for processing. With all this considered, in the long term the cost of film and chemicals in a film-based system is going to be far more expensive.

Digital machines have no processing costs, while developing costs for film are significant and ever increasing. If you're still using film or chemicals, it is likely going to be more expensive to maintain your current system than it is to upgrade to a digital system. We recommend contacting us about financing options so we can help you get started on going digital.

My goal is to provide my customers with the best equipment possible, at the best price possible, in order to see their business grow and thrive. I currently work hand in hand with doctors of Chiropractic all over the nation to put together custom equipment packages that meet their special needs. Each doctor has their own speciality technique, and by working directly with many of the groups such as NUCCA, Gonstead, CBP, Everest, Blair, KCUCS, and many other groups, I have built the knowledge and expertise to create custom x-ray equipment packages for their specific needs. Seeing my customers using the equipment I sold them in order to heal and help people all over the nation is the true happiness I get from my career. - 9 Years experience in medical device and equipment sales -12 Years experience in Medical Imaging Field - Sales expert for x-ray and digital x-ray equipment nationwide - Work with over 25 different manufacturers and vendors - Strong accounting, finance, and account management background - Upper Cervical X-Ray Sales Specialist 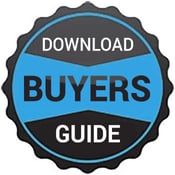 Get weekly updates about our latest shop and special offers